It’s been 17 months since Hunt Street Station has opened for business. We’ve put in countless hours of work to both restore the building and have it operating at a high level for our members. Now we have over 50 businesses occupying our space who have access to 20 amenities.

This article was created by Robin Runyan of Curbed Detroit on Sept. 11th, 2017. It highlights the purchase of Hunt Street Station by current owners Matt & Kevin Morin. In the article you can see photos of what Hunt Street Station looked like just after the purchase. Remnants of the old police precinct can be seen as the renovation process had not begun yet.

Interestingly enough, the entire third floor was originally meant to house one tenant, but now holds over 15 businesses. On the other hand, the 1st floor and basement was designed to be a coworking space. The basement now holds only one business called Greenlancer, and the 1st floor has remained a open space.

Lastly, the story also gives incredible insight to the history of Hunt Street Station and previous owner Sunny. Stories of Sunny still circulate around the building and neighborhood today, such as that Jennifer Lopez had a Superbowl party in the building. If you want a glimpse into what Hunt Street Station used to look like, and the amount of work it takes to renovate a building, this is a great article to start at. 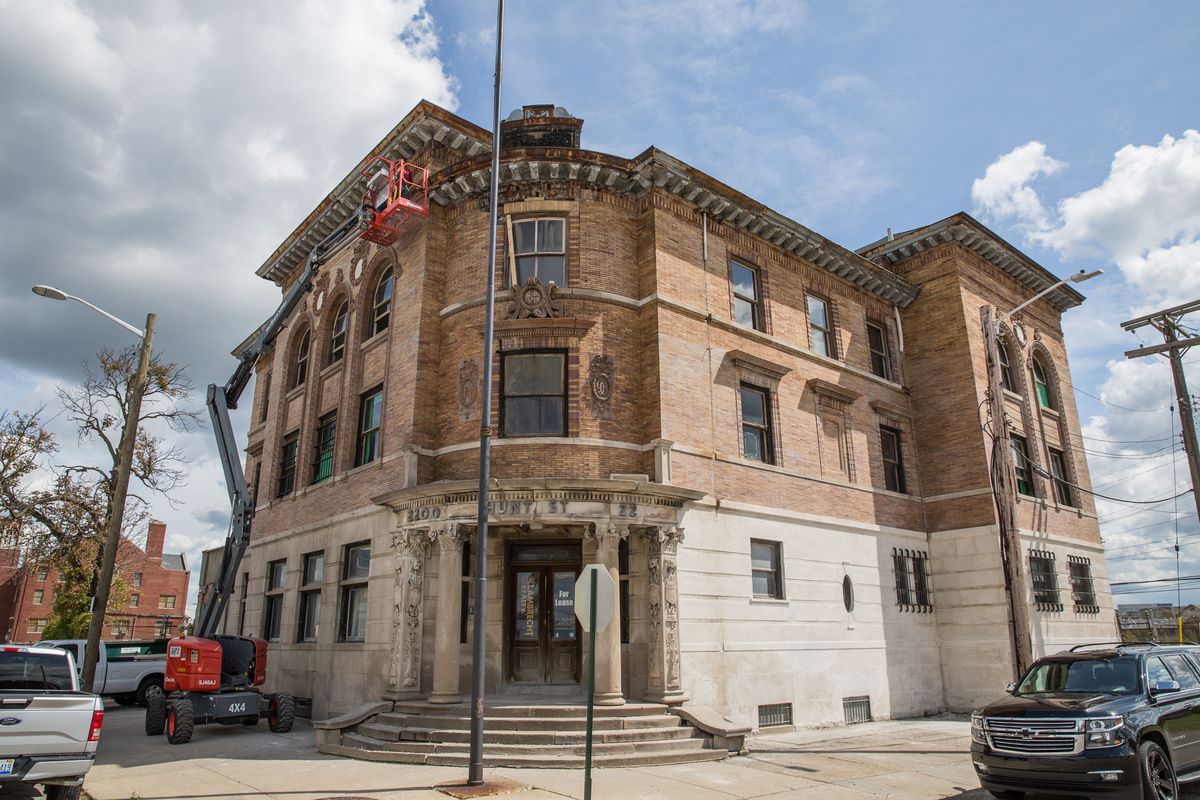 Six days before our official grand opening. That’s when this article was written. At the time it felt like a total scramble to get everything as close to completed as possible. In reality, it absolutely was. When you’re new to a project, it’s easy to overlook things, especially if you are inexperienced. Simple tasks such as building tables and chairs for members took entire work days to complete. Thus, this is just the ebbs and flows of starting a business.

Our grand opening party was phenomenal, and we hit the ground running afterwards. There was still a mountain of work to be completed but we had a vision. The article was written by Dana Afana of Mlive. We chuckle at the title today because although we are another shared office space, we are also so much more. In the article you can read quotes about preserving the history of the building. Today you can still very clearly see and read about that history all around the building. You can also see outdated prices as we defined our values, including the desire to be more affordable and fair.

Below you can see a photo of Hunt Street Station compared to when it was first purchased. 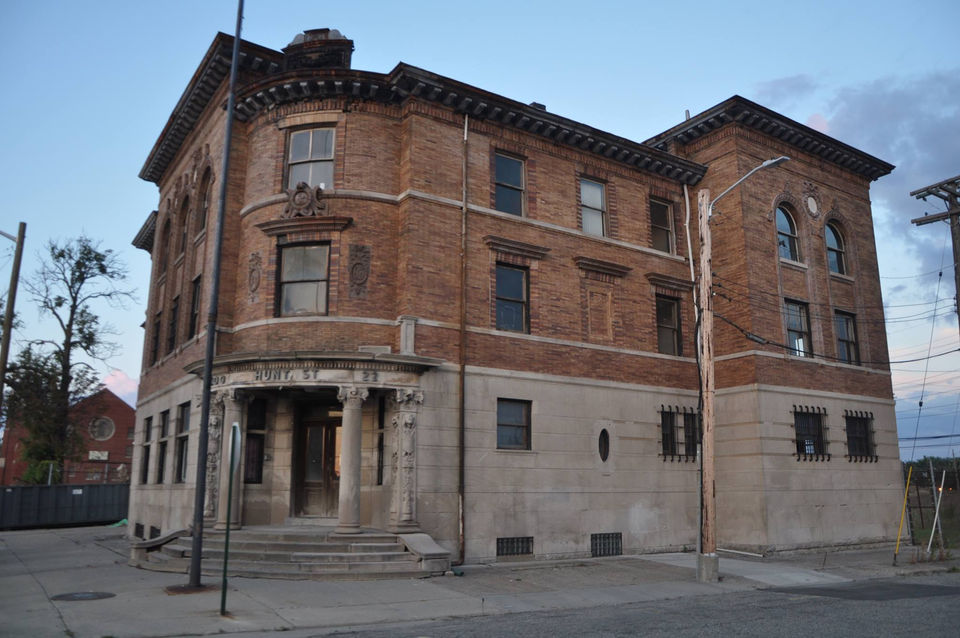 Shortly after our opening, on March 23rd, 2018, Robin Runyan of Curbed Detroit came back out to write another piece about Hunt Street Station. At the time we had maybe 3-4 members but were fairly certain on how to compete with other spaces. The article touches on the promises to preserve as much as the building as possible with re-purposed wood and fully renovated floors and ceilings.

However, the re-purposed wood is more than just an attempt to preserve the building, it’s a testament to our creativity. Turning 120 year old doors into work tables, old jail cells into work spaces, parking lots into green spaces, has separated us from traditional work spaces. We would love to get Robin back out to the building again, as we continue to add new amenities and have even considered an expansion.

The article also has a cool feature that allows you to see before and after photos of each space. Below, you can see some of the photos from the article, as well as another photo of Hunt Street Station at the time. 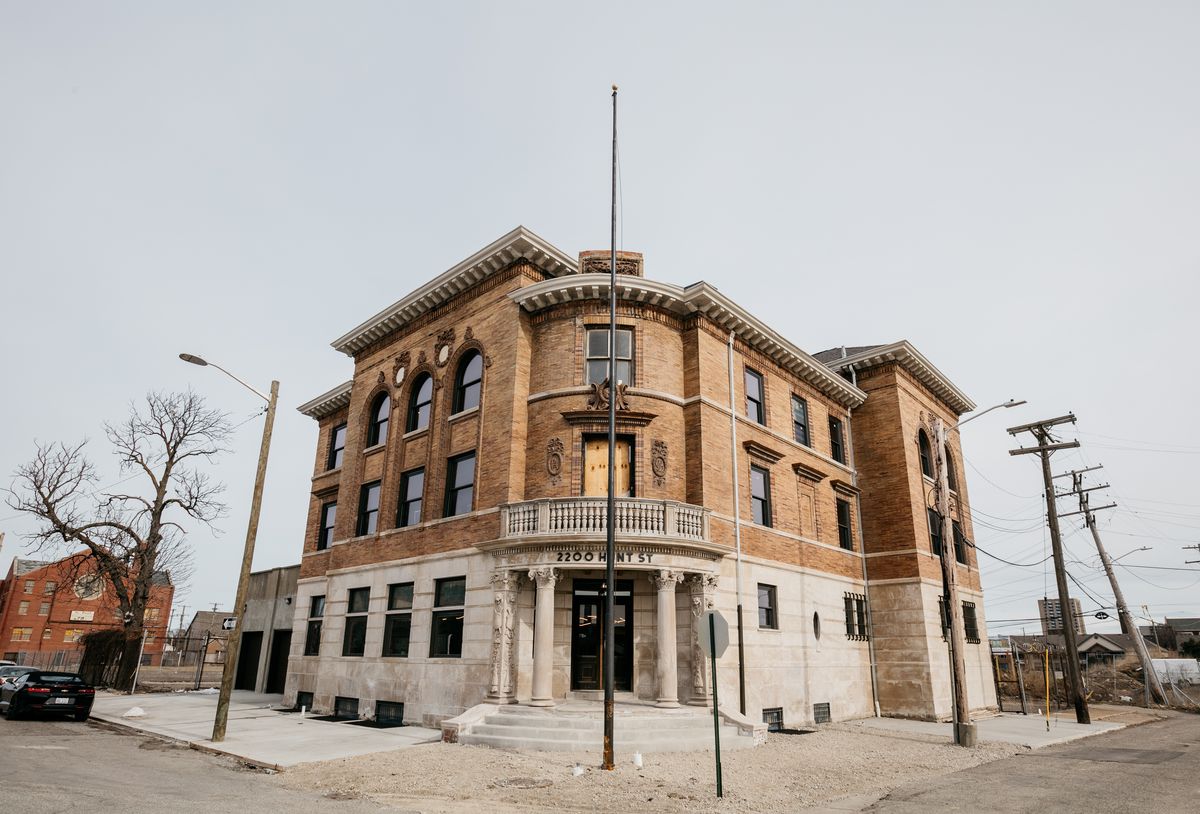 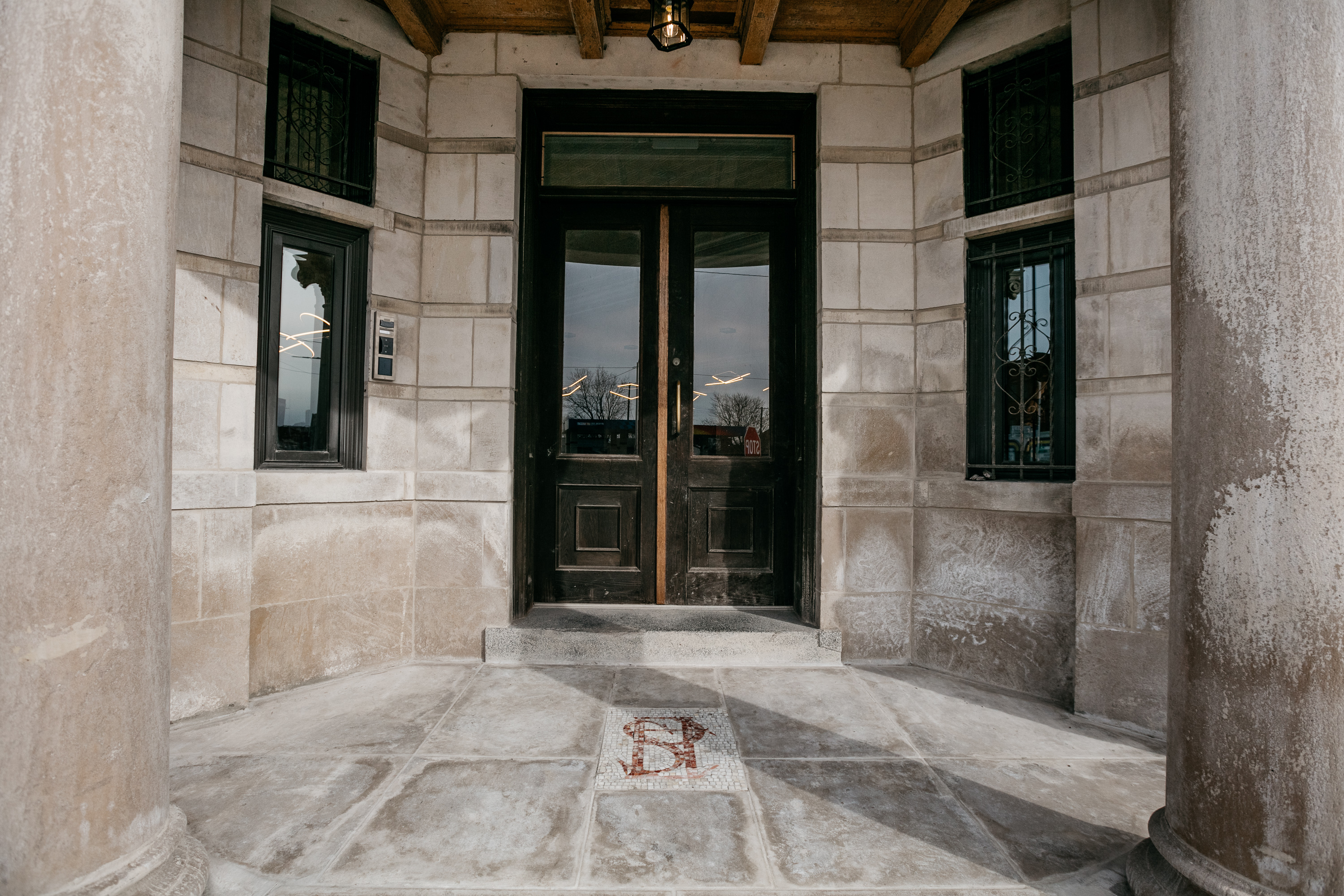 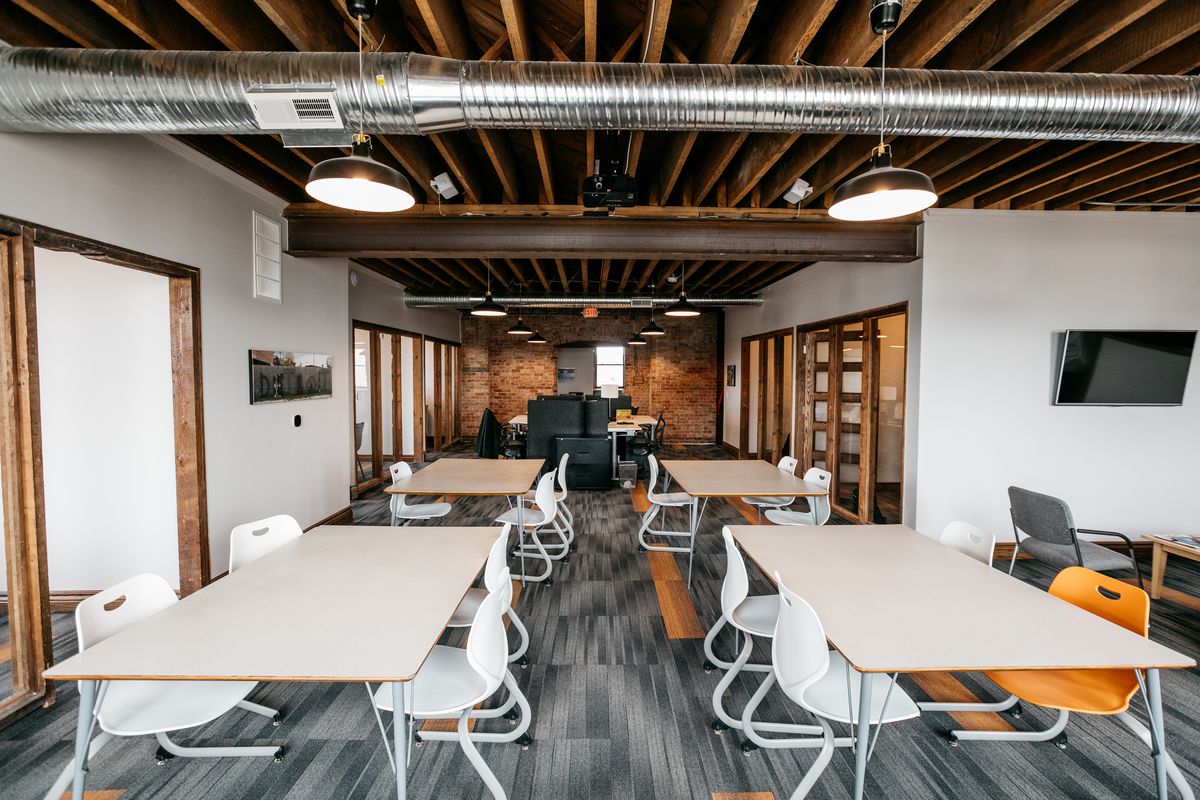 Coworking spaces are hot in Detroit: Why they’re multiplying

It’s interesting to see Hunt Street Station transition from opening to being mentioned in an article with WeWork and Bamboo. At the time we had about 30 businesses in the building and have almost doubled since. 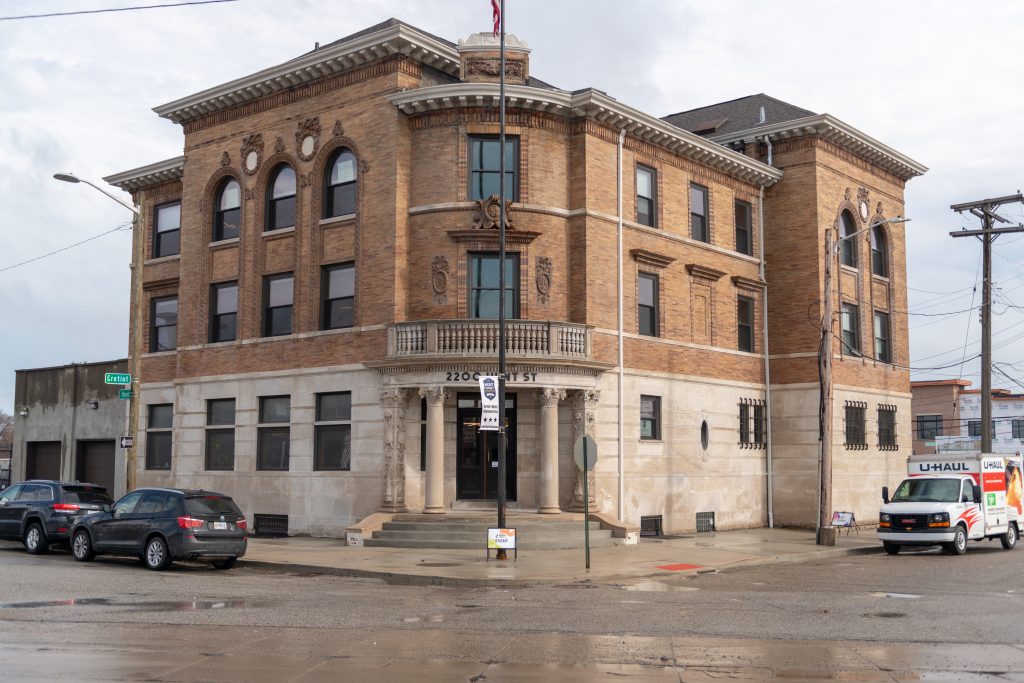 We have come a long way from the beginning. We now hold over 57 businesses and 20 amenities with growth nearly every week. We’re building a second floor deck, just finished a green space, and extended our parking lot. These articles help put into perspective where we started and how far we’ve come.

We anticipate more articles featuring Hunt Street Station although that is not the end goal. The end goal is to give people opportunities to pursue their goals at an affordable price while being connected to Detroit’s community.

For more information, please head to our website at: www.huntstreetstation.com